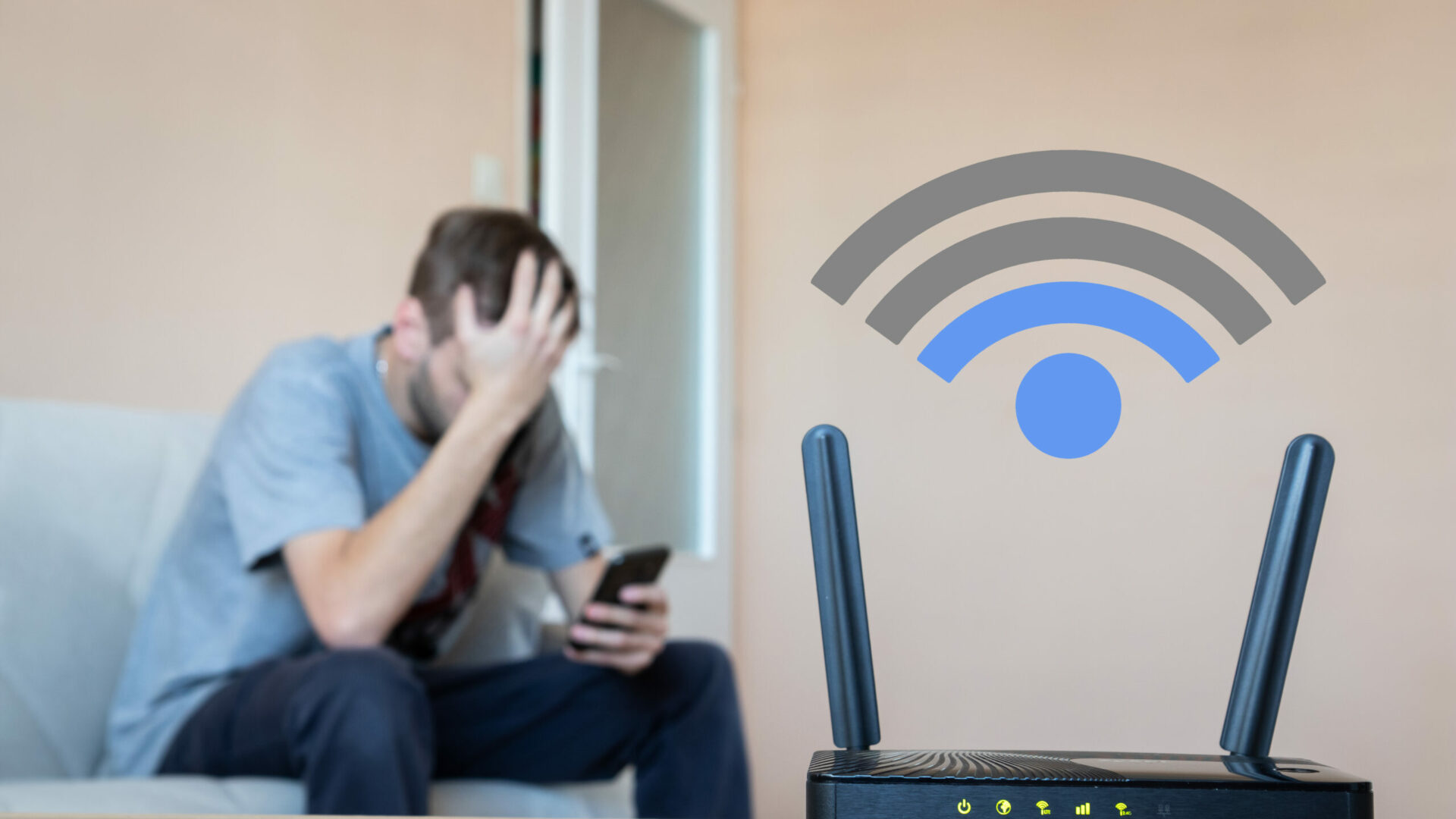 Ghost frames have been broadly discussed, especially after the WLPC conference in Phoenix 2018 when Ben Miller had a ten-talk on this topic. The concept seems to be relatively simple, yet difficult to grasp for many. And the actual implications of the ghost frames in the Wi-Fi networks are somewhat tricky to understand. This blog article aims to explain the ghost frames and their consequences for Wi-Fi networks.
Any frame with a PHY header sent at a lower data rate than a PHY payload could be a ghost frame. PHY headers are sent at the lowest data rates of 6Mbps (OFDM) or 1Mbps (DSSS) but the PHY payload is sent at any available data rate, usually as high as possible. As the result of that the “range” of PHY header is higher than the range of PHY payload. See the picture below. 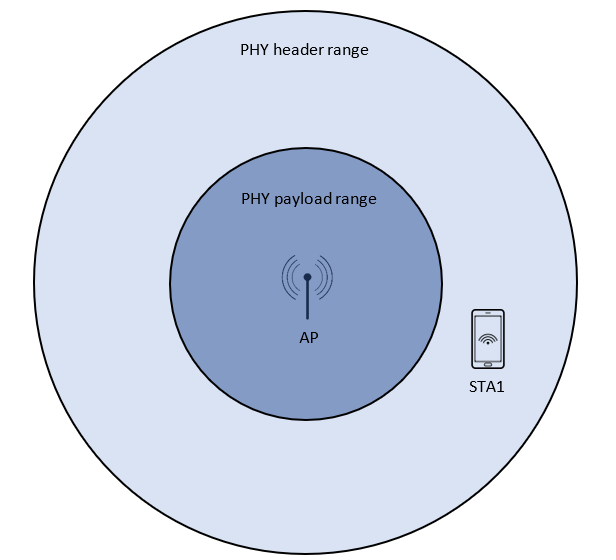 The AP frames in in the light-blue area, which is a header range but not payload range, are the ghost frames. If a station STA1 hears a ghost frame, it can demodulate the frame header but not the actual payload. The PHY header contains a length field that tells STA1 to consider medium busy and refrain from any transmission for the value of the length time. This effectively slows down the STA1 (it has to wait) and is considered by many as a negative effect. But is it? Let’s look a bit closer, if STA1 is not in the payload range, the AP frame is probably sent to another station, say STA2 which is within the payload range. So, quieting STA1 would help to keep the channel clear and make it possible to send the frame to STA2, which is a good thing. 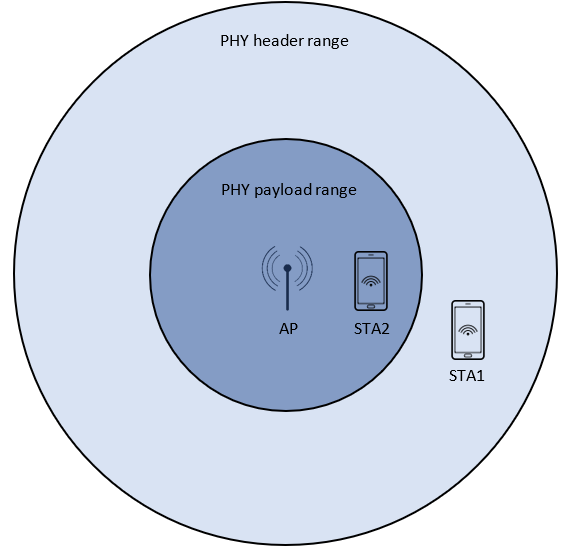 Now, let’s see how the situation would look like if the header was sent at the same (high) data rate as the payload – picture below. 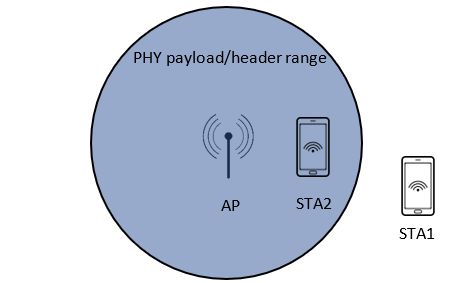 STA1 and STA2, both header and payload use high data rates

In this scenario STA1 would not be able to hear the AP-to-STA2 frame header, hence it could send its own frame and collide with the frame already in the air. In fact, it is easy to imagine that if the header rate was equal to payload rate it would undermine the entire CSMA/CA mechanism. The stations close to AP, that use very high rates, would collide more often with the stations far from the AP or far from themselves. The far stations would not know about those high data rate transmissions at all. This would create a much higher number of retransmission in the network and lower its overall performance.

There are many similarities between the low rate PHY header and CTS-to-Self mechanism. The PHY header is taking the CTS frame’s role in order to eliminate collisions with the stations that would otherwise not know about the transmission that follows. In both cases, the price is the additional channel utilization.

The additional channel utilization and the length field updates lower the maximal throughput. An interesting effect can be observed in high-to-medium density networks – the uplink speeds are usually higher than downlink speeds, assuming high RSSI in both directions. Why? One of the reasons is the PHY header range difference between APs and STAs. Usually APs have a greater range than STAs. The reasons being better antennas, better placement or better chipsets on the AP side. This also means a larger PHY header range. Hence, APs can potentially hear more PHY headers than STAs can, and must defer more often, resulting in a lower AP throughput, i.e. lower downlink throughput. 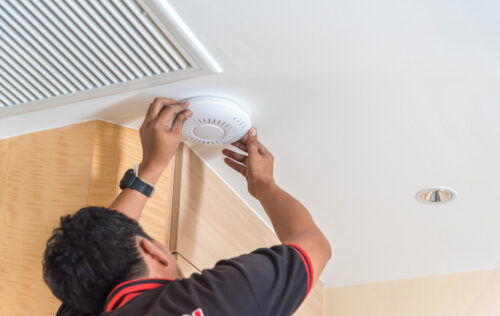 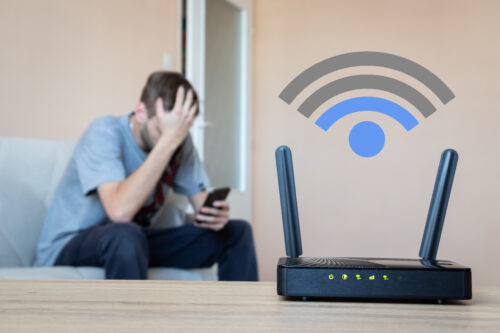 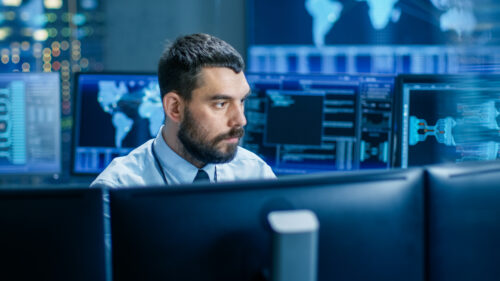 “The AirMobile solution helped us in doing
root cause analysis at one of our steel
production plants in Sweden. Client based
active test approach was key to find problems
in the logistics service and action was taken
to resolve the issue.”

We use cookies to ensure that we give you the best experience on our website. Ok - I got it